Baja Designs does it again in Mint 400 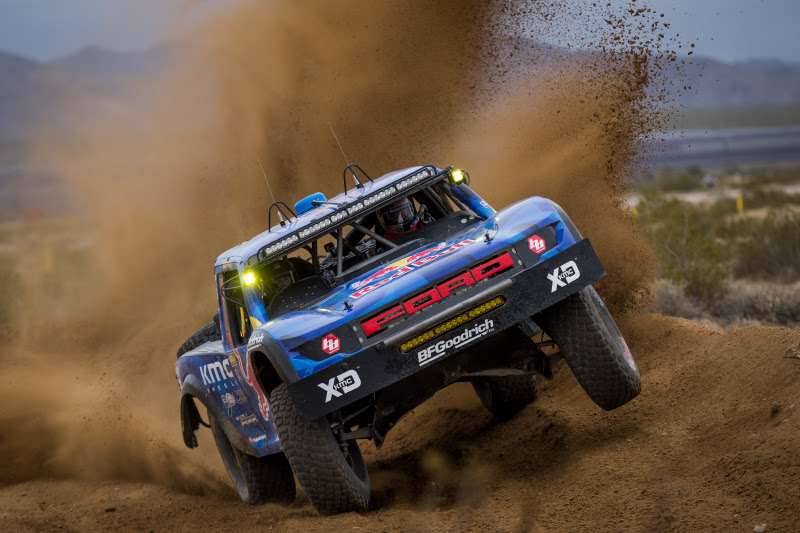 America’s biggest off-roading race – the Mint 400 held annually in Las Vegas – is known for its legendary thrills and spills. The 2018 event was no exception!

The rough course was made up of rocks, silt and unforgiving terrain. During the day, the wild wet weather made blinding dust stick to the racers’ helmets – but at night all these obstacles also combined with the dark!

Vision became a critical factor in terms of the participants’ success, but not everyone seemed to be on a level playing field. The drivers who used Baja Designs lighting to guide them through the race tended to find themselves finishing higher on the podium than those who did not.

Bryce Menzies took the victory in the Trick Truck Class. He admits this was “the roughest race I’ve been in” and noted that a lot of other competitors had issues throughout. He then goes on to credit Baja Designs for his success; “(my lights) were a big reason why I was able to capture the lead, and then hold everyone off for the win!”

Harley Letner was another racer who achieved impressive results. The defending champion backed up last year’s efforts by taking home the Unlimited Class 1500 victory again. His vehicle only had four Baja Designs light on the front bumper, but he admits “that’s all we needed!”

“We did over 100 miles in the dark at triple digit speed,” he recounted. “Baja Designs lighting cut right through the darkness and rain. (They’re) the best lights ever!”

Bobby Pecoy’s results are also worth noting. Out of the 43 trucks in his race – the competitive 6100 Class – his qualifier results had him begin the race in 34th spot. His Baja Designs lights not only helped him safety make it through the rough track at night, they also pulled him ahead of those other 34 racers and ensured he went home with the win!

The Mint 400 showed us all just how valuable the scientists of lighting really are. For more information on our Baja Designs products, check out our range online or get in contact today!